Epic proportions
Legends combines myth, love, and longing to prove that, sometimes, the bigger a movie is, the harder it Falls by Scott Snyder

Edward Zwick's film Legends of the Fall purports to be an epic saga depicting the American frontier spirit's last stand. It follows the fortunes of the Ludlow family - patriarch Col. William Ludlow (Anthony Hopkins) and his three sons, Alfred (Aidan Quinn), Tristan (Brad Pitt), and Samuel (Henry Thomas) - through war, hardship, and discord at the tail end of the lawless frontier days. In the midst of the familial drama, each member of the family finds his own way into the late-dawning modern era, choosing between succumbing to the corruption and banality of creeping civilization on the one hand, and Obeying the Spirit of Nature (or something) on the other. The choice seems an absolute one, and rather inevitable. In arriving at it, Legends takes a sort of "Goddam the Gov'm'nt" tone, which ends up being a strange hybrid of progressive white apologia and reactionary nostalgie de la boue. 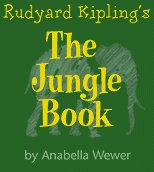 The movie opens in voice-over narration by One Stab (Gordon Tootoosis), the Ludlows' Indian hired hand, who tells us, "Some people live their lives listening to their own inner voices. Such people go crazy, but they become legend." The reference is to Tristan, the impulsive, long-haired middle brother, whose idea of Duty and Responsibility, we are led to believe, transcends family and traditional morality. He is the embodiment of a sort of white-boy mythical mysticism, the death of which Legends hopes to chronicle. His battle-of-the-soul with a giant grizzly, early in the film, foreshadows much of what will come - Tristan is a man looking to pluck a Good Death from the jaws of the dawning civility, and he can spare little concern for those who might suffer as a consequence.

One of those who does suffer is Susannah (Julia Ormond), the fiancee of Samuel, the youngest brother, whom each of the others steals away in his turn. Everyone is the embodiment of something in this movie, and Susannah represents the Willing Soul, lost for want of a mentor. She is, alternately, shattered by Samuel's death in World War I, buffeted by the dark, irresponsible side of Tristan's free spirit, and smothered by Alfred's duty-bound conventionality. Hers is a soul that, having tasted freedom, cannot bear to be trapped, even though, as turns out to be the case for her, freedom can be poisonous. Susannah's plight exemplifies Legends's troubling ambivalence - she cannot survive with one brother, cannot live with the other. Given the right treatment and sufficient attention, this ambivalence could be the basis for a successful film, which is why it's so puzzling that the movie comes down foursquare on Tristan's side of the issue.

Also slightly troubling is the sense one gets that Zwick wanted to make a Vietnam movie, but decided (perhaps correctly) that the genre had been wrung dry. Tristan's dropping-out years seem a classic case of Post-Traumatic Stress Syndrome, and it is tempting to interpret his Inner Voice as merely a historically displaced version of the Vietnam movie's traditional flashback sequences. The World War I sequences are reminiscent of Apocalypse Now, and many of the war-veteran issues Zwick explores seem lifted from that and related movies. The superimposition becomes uncomfortable at times, as Tristan cruises around various Pacific islands, presumably looking to find something he lost in the war. He does seem to find it, though, an at-least-temporary departure from type; when the prodigal son returns, he looks pretty much hunky dory.

The performances in Legend are, for the most part, competent. While perhaps they do not veritably transport us to the 1920s, we never get the sense that the actors are working on the basis of having read "Act Like a 1920s Tragic Hero in Three Easy Lessons". Hopkins does a nice turn in what ends up being relatively little screen time, depicting with his usual subtlety a man floundering in his attempts to guide a family he never really understands. As Alfred (a movie name forever ruined for me by the transvestite in Rosencrantz and Guildenstern are Dead), Quinn manages to make us despise his character, as Zwick wants us to do, without doing anything implausibly horrid. Even Brad Pitt (forgive the bias) turns in a reasonable performance. His demeanor is more that of an '80s Californian, trying to play the 19th-century ne'er-do-well, than as a frontiersman, perhaps. But, historical aura aside, Pitt manages to develop a character that doesn't always like who he is but recognizes the script-demanded inevitability of it all.

Decent performances are scarcely enough, though, when they serve only to further a fundamentally flawed story, or, in Legends of the Fall, to fill out a rather confuddled visual-montage-cum- character sketch. We never get the chance to work out quite why Zwick made this film. The title suggests any number of commonplace enterprises, such as explaining why the leaves change color in September, or exploring the True Meaning of Thanksgiving. But it's not that kind of Fall. It is the Fall of Man in which Zwick and the source-novella's author, Jim Harrison, are interested. In this case, though, Man seems to mean Brad Pitt. The movie turns out, much of the time, to be little more than a photo-essay entitled "Brad in the Wild", a sort of motion-picture pin-up calendar.

One of the positive third-hand reviews that I heard before seeing the film was couched in the disclaimer, "She liked it a lot. Of course, she would pay twelve dollars to watch Brad Pitt sort paper clips for three hours." For such movie-goers as this, Legends of the Fall will prove delightful.